Education is key, and the young people are the future. This is the motto of the  Society for Academic Development from Serbia. Let’s have a closer look at this young and dynamic NGO that is a perfect example of the new generation!

1) Could you please present to us briefly Society for Academic Development?

Society for Academic Development is a small NGO from Serbia, founded on 16th April 2013. Most of our members are young people, so problems that we deal with are usually tailored for youth, but not always. So far we got engaged in promotion and preservation of cultural heritage in Serbia, as well as corporate and social responsibility, cultural diplomacy, anti-corruption actions, etc. We truly believe that every human being has a unique gift or talent that they need to share with the world. If they do, amazing things can happen and we are trying to show everyone that kind of results. We are setting an example and we motivate others to do the same.

The main line that separates us from most NGOs in Serbia is a lack of hierarchy in the decision making process. It basically means that we do have official leadership, but only for external presentation of our Society. In internal affairs we have a unique decision making process – every member has equal vote and equal legitimacy to express his or her opinions. Our rewarding system is based on meritocracy – how much effort you put in the benefit of Society is how much you will receive credit for it. We think that NGOs must be different from corporations, so we tend to apply that strategy everywhere we can. We appreciate every member we have and try to nurture them.

2) What are your memorable exploits / projects and what are the biggest challenges you faced since the Society for Academic Development was created?

One of the biggest challenges is maintaining the NGO. We are doing our best to stay out from political influence. Corruption is a big problem in Serbia and it goes all the way through the system, so there is a big chance to bump on one of its roots when you are dealing with some social problems. When you want to get an office for your NGO headquarters, to have proper funding for your projects, to develop quick actions for the common people, we run into it. We are desperetly trying to make our initiatives work their way through municipalities without getting stuck between the interests of the major political parties there. For example, we’ve submited our initiative to name one of the streets in our capital city, Belgrade, after a famous French statesman and a true friend of our country who helped our grandfathers during the WWI, Aristide Briand. A few months later we got the reply from our City Council that praised our idea, but we are still waiting for it, and two years have passed since then.

However, the biggest project that we have ever done and that we are very proud of is «Kultura na DAR» (Culture as a gift) – a campaign for the preservation and promotion of cultural heritage in Serbia. It was our first project ever and we are currently preparing its fourth round. The basic idea is that everyone should get engaged in promoting the cultural heritage in their community. Kids, young people, mothers, fathers, teachers, folks, students… everyone can make a three minute video about their favourite place, person or event that has something to do with culture. We also organize a big award ceremony where we praise the best ones, but also award everyone who dedicated their time into joining our cause, as a sort of motivation to keep doing a good job. This year we will make a change and include a photography contest. Thanks to this project, during the last three years, the public got to know about 100 sites or people and events that did not enjoy any fame, but are important to our culture.

3) Is there any project, action, realisation that had a specific impact or importance for your organization over the past years?

Every two years, we choose new types of goals for our organization and last summer we decided to get involved in anti-corruption projects, because we saw them as an opportunity to help solving this problem in Serbia. «Korupcija (ni)je opcija» (Corruption is (not) an option) was a complex project, but at the end of it we got better results than we hoped. After six months of various activities, including seminars, meetings, group sessions and outdoor activities, we formed a partnership against political employment in which many individuals, organizations and even some political parties signed in. Our hope is to upgrade Partnership in the near future and to involve more social actors, so that this topic can be seen and talked about in the media. That’s how we’ll make some real progress.

Society for Academic Development is preparing a project that targets young women in Serbia, aged between 15 and 17, by teaching them about their rights. This social group has many issues and very little support in society, which makes it so hard to see. It is a kind of a hidden problem that just waits around the corner and emerges every time when it’s too late to do something. That is also a reason why it is very hard to raise funds for it. We would like to teach girls that they have rights that they really need to use: such as the right to education from elementary to universities. Also they have the right to be equally paid for the same job position as men, and also they must have an equal opportunity to be elected for available job positions. They must know that they should never be victims of violence or any kind of torture, the same as every human being, and also to have their voice be heard in politics. They need motivation and mentorship, so we made a plan in order to provide it.

5) What do you think about Horyou and its community which you are an active member of? What does it bring to you and to your organization?

Since we first heard about Horyou, we thought that it is a very smart idea – to connect people from all over the world via a network so that they could exchange their ideas and thoughts. Making changes in one place is a very productive way to impact the world. Online and a few months later physically in Geneva in 2014, we met so many extraordinary people and exchanged so many ideas. Hey, after all, we are all wearing Beyond Beanie bracelets now!

We are eager to continue our journey with the Horyou community and even willing to make it even bigger, as big as possible. We talked about it with many of our fellow countrymen and they are getting to know how awesome Horyou really is. It doesn’t mean it can’t become even more awesome, but we all have to make it work. Only joint actions worldwide can have a real impact on the lives of communities all over the globe, and we think that Horyou has a capacity to initiate them.

6) What is your message for the Horyou community?

Every time you think about Serbia, or the Balkans, remember that there are young people living there, joined in a Society that is always ready to work with you and help you, so that our community can benefit from our joint actions. Let’s make a world worth living for..now! 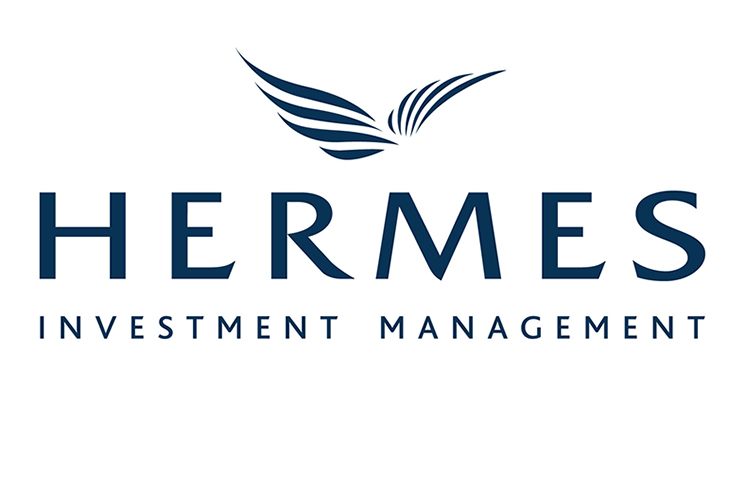 Dec 21, 2015
Hermes Investment Management is one of the UK's largest institutional asset managers, advising in both the public and private sectors. What makes Hermes stand...