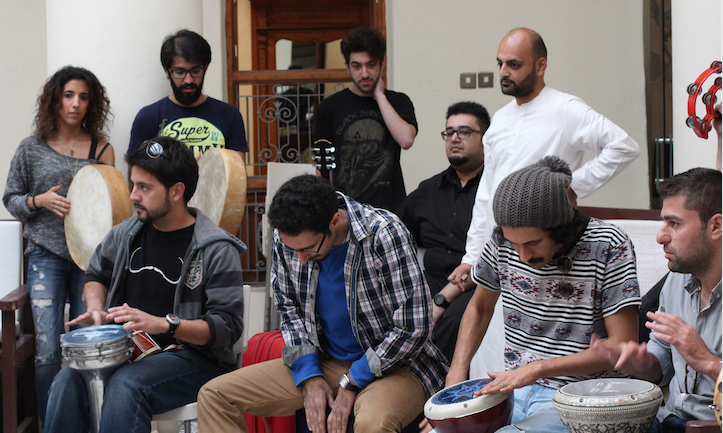 In the suburb of Yarmouk, located in Al Asimah in Kuwait, a gathering of people celebrated solidarity, music and rising talent from the youth of the Middle East. When I met Zahed Sultan last week, he suggested that I join this event – and I had no idea what was in store for me.

At the DAI Cultural Center where the event took place, a courtyard was filled with a mix of an alternative European concert feel with an Asian twist. Everyone welcomed me with a warm smile and excitement. Thirty young artists from Kuwait gathered at Sadu House, a cultural and heritage center in the heart of Kuwait City, to collaborate and participate in the first-ever Red Bull Music Academy Kuwait Rising session. The purpose of the event was to gather musicians, composers, producers and vocalists, giving them the opportunity to experience workshops, talks and collaborations with some of the region’s most talented guest speakers. Many of these speakers flew in to Kuwait specifically for the sessions, which were held over two days.

The Red Bull Music Academy team in Kuwait coordinated the event, which was hosted by Zahed Sultan and moderated by Jackson Allers. Their vision was to provide a common place where aspiring young artists can express themselves and gain knowledge about the music industry throughout the Middle East. Sultan’s vision was solidarity, and as a musician, he knows the difficulty and lack of music industry resources available within his country. The first day of the Kuwait Rising music festival was filled with live shows by various artists. Prior to the performances, Sultan addressed the audience and stressed how this was an event for solidarity, respect to the musicians and host country — this was a place for music and not politics or disrespect.

Bei Ru — An Armenian-Lebanese producer, composer and DJ based in Los Angeles. He’s known for his unconventional use of Middle Eastern melodies and rhythms, combined with heavy drums, electronics and live instruments. 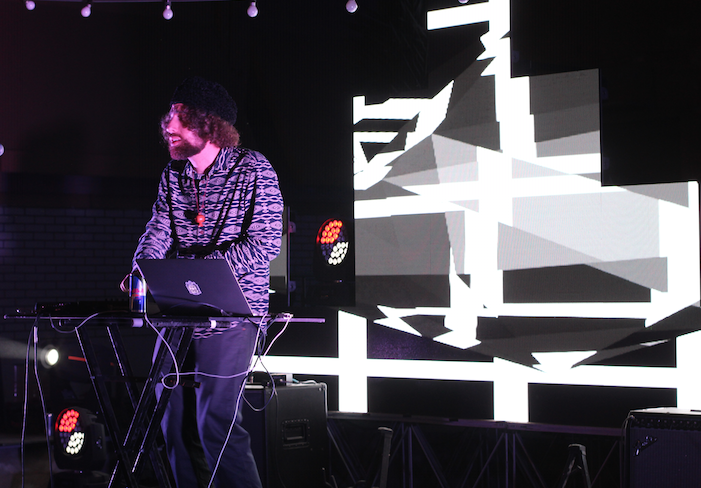 Hasan Hujairi — a composer, sound artist and independent researcher from Bahrain based in Seoul, South Korea. His performances and installations build on his interest in historiography and ethnomusicology, and he performs in venues across the world. Hujairi participated in art residencies in the Korean National University of Arts (Seoul), STEIM (Amsterdam) and the Red Bull Music Academy (London). 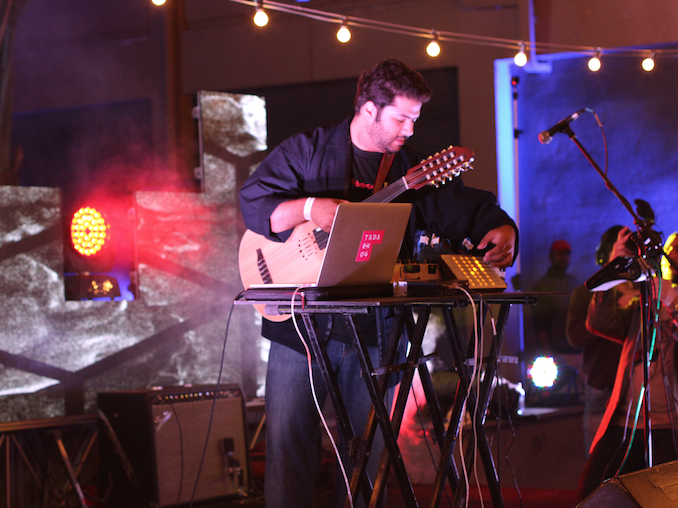 Omar Offendum — Born in Saudi Arabia and based in Los Angeles, the Syrian-American combines his background and talent into a new type of hip-hop. His music reflects the mixes of English and Arabic in promoting solidarity and unity. He uses his music to raise money for various humanitarian relief organizations. 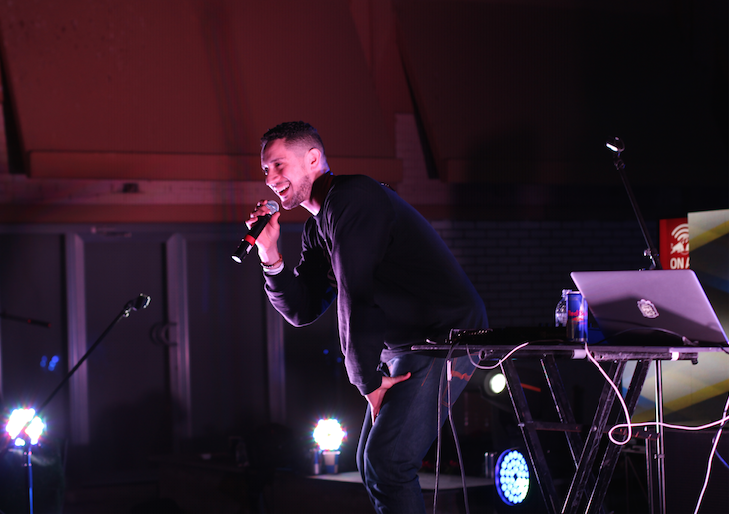 Z the People & El Jehaz — Z the People is an “electronic human musician” with a new sound that builds on Arabic melodies with a universal sound. Imagine two music trains, one from the West and one from the East, crashing together and producing an electronic combination. El Jehaz is a multitalented musician and producer who collaborates with various artists and produces some of Jordan’s “freshest” hip-hop. 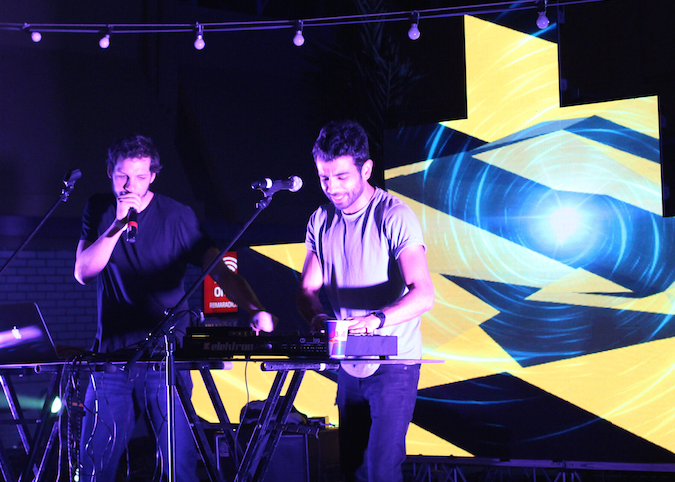 Zeid Hamad & Maii Waleed — Zeid Hamad is a Lebanese music composer and is the producer of some of the most successful bands on the Lebanese and regional alternative scenes. Maii Waleed is a signer and songwriter from Alexandria. The two met in 2010 and produced an album together. 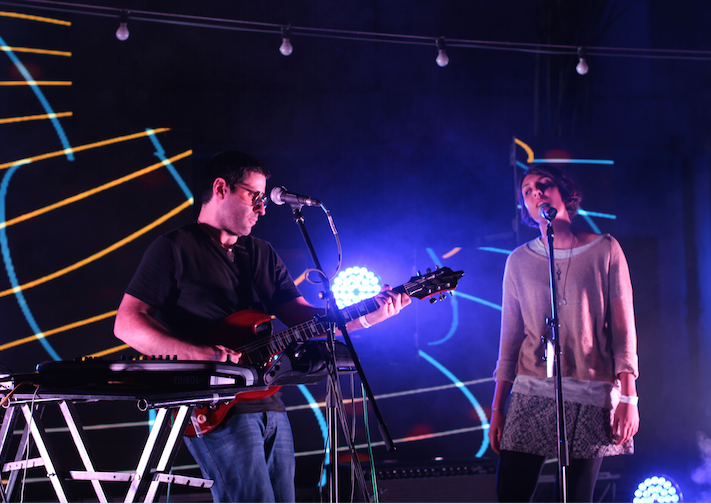 On the second day, the talks continued for the artists and music lovers to enrich the mind and spirit with everything that is music. Located in the beautiful and traditional Sadu House, people came together in a mind-opening 7-hour session. There was a collaboration session with musical composer Nawaf Gheraibah, who shared techniques on how to conduct a well-composed circle by using traditional instruments from around the world. Featured lecturers were Omar Offendum, Bei Ru, Zeid Hamdan and Hussan Hujairi. Some of the upcoming and talented participants who participated as well included Basil Al Hadi, Hussa Al Humaidhi, Tarek Kabbani, Adel Al Qattan, Mohammaed Al Owaisi, Carol Souki and Amin Fari. From workshops and couch talks to the drum circle, it was an incredible experience. What amazed me was how humble everyone was, and only later did I realize that I was sitting among the most talented, creative and innovative musicians of the region. Bravo to the Red Bull Music Academy for organizing and Sultan for hosting this wonderful event in Kuwait, with much love and respect.

More photographs from the event: 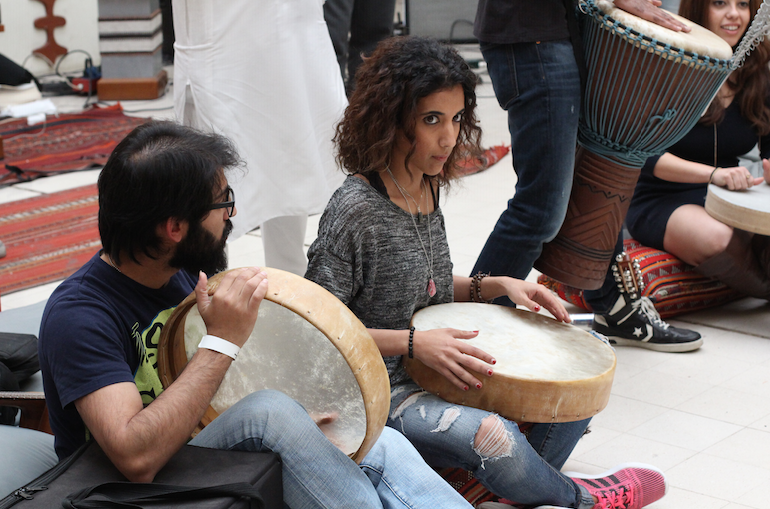 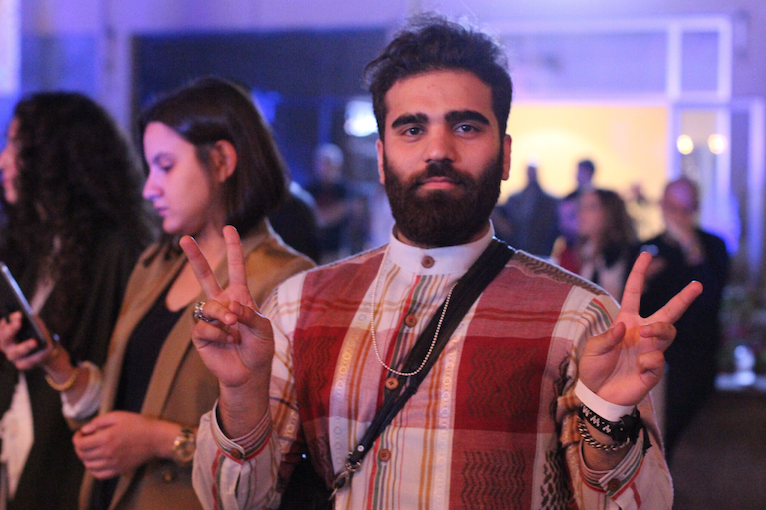 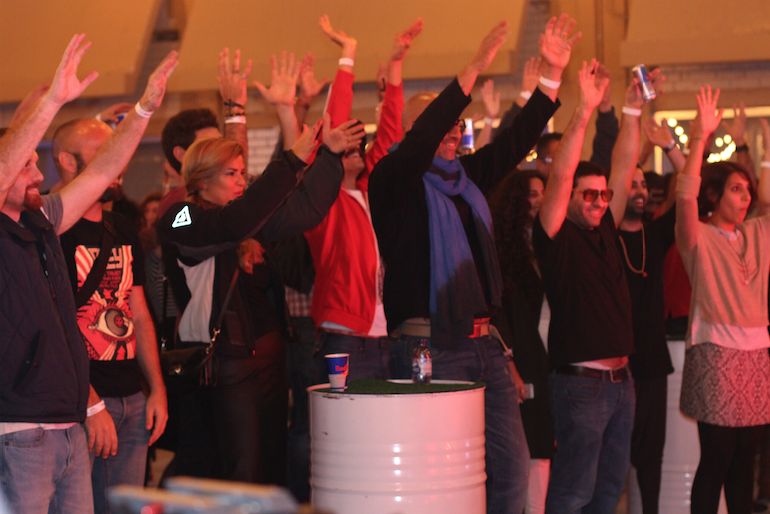 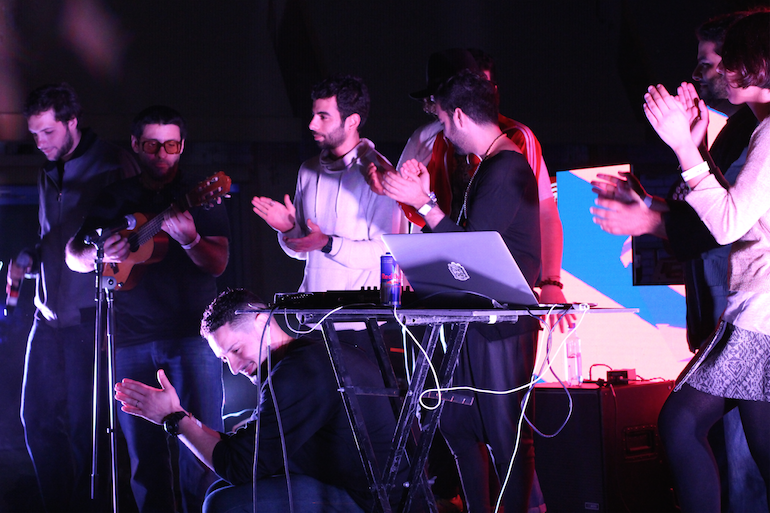 Singapore on the Path to Achieving the SDGs

Apr 23, 2018
The Asian city was recently named top country for meeting UN health goals and has already achieved 4 of the 17 sustainable development goals....