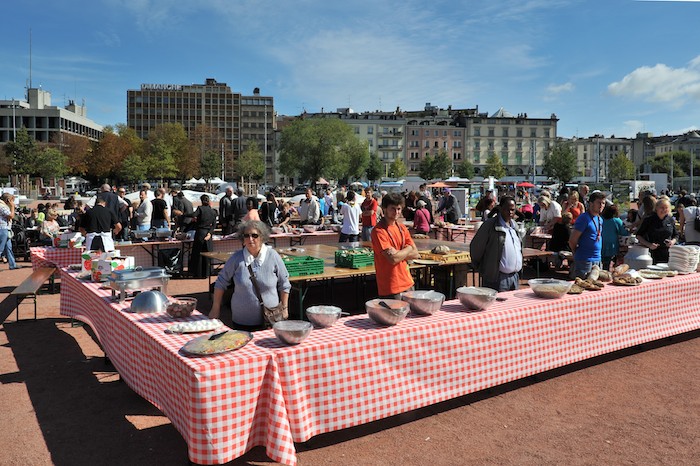 The Horyou Team will take part in an international event called “The Meal” that will take place in more than 54 cities around the globe, thus “glocal.” The concept is simple: to share a meal at the same time, and to meet and exchange ideas on the concept of food sovereignty.

A further goal is to create an international network among cities of very different sizes to support the global action, which was organized by the Barcelona Consensus. At least 20% of the funds raised will be donated by the local organizers to this international action.

All of the raised funds go to local actions connected with the theme that was approved by the participants of the previous edition of the event. Every local organization votes on the actions they want to support and the percentage of the donation. All the actions must be accepted in advance by The Meal’s ethics council.

Given the relevancy of the cause, the Horyou Team decided to join and become a partner with The Meal with some local organizations in Geneva such as Le Bateau, Gloriamundi, Classique Alternances and Bourgeonnement Urbain. Additionally, Lucas Luisoni, one of our speakers at SIGEF 2014, will be there.

We are looking forward to this occasion to meet people and share our visions.

Dec 1, 2014
By Vincent Magnenat Organizing a forum usually means a chain of plenaries, workshops, master classes and so on. Therefore, it's mandatory to set moments for...