The researcher Diego Viana is a social currency enthusiast. By mixing philosophy and economics, his main fields of study, the Brazilian academic believes that we, as a society, need to rethink the current strategy to develop a more equal and fair system focused on people and its needs. In this interview for the Horyou blog, Viana comments Bitcoin, the role of social currencies within capitalism and the challenges surrounding them. He also gives his impressions on Horyou’s Spotlight, the first social global currency for economic inclusion, which was created to distribute wealth and promote a fair redistribution system. After participating in the IVth International Conference of Social and Complementary Currencies, in Barcelona, Viana gave this interview to the Horyou blog.

– What does your research consist of?

The basic question I’m concerned with is how our notions of what money is and what it does, associated to the architecture surrounding it, affect the ways we live, the habits we assume, the tasks we undertake. This research takes place within a philosophical framework in which the reasoning is focused more on how things come about than on how they can be defined. In other words, it’s a question of operations, not so much of essences.

From a practical point of view, the difference is that I try to understand money according to the movements in which it appears, rather than an understanding of its nature. This means that different kinds of movements (or operations) imply different notions of money. This in turn implies that money is necessarily much more than a tool to make exchange easier or smoother, it is the core operator of a whole system that defines how exchange actually takes place, and what roles we play when we engage in it.

It is very hard for us to understand this difference if we remain stuck in the contemporary idea of money, in which our savings, our shopping and our wages are all denominated in the same currency, which is also the currency of taxes, public investment, high finance, speculation… This has not always been the case and won’t necessarily be the case in the future: different elements can be used for different forms of interaction that today are performed by money. By the way, sociologists such as Viviana Zelizer have demonstrated that even our general purpose money is earmarked in its actual uses, according to gender, age, profession etc. This is an issue in which social currencies play a decisive part; more generally, I like to use the term “monetary invention”, because these currencies aren’t necessarily designated for a social use, there can be innumerable reasons to create other forms of currency. The important question regarding monetary invention is: what kind of operations and systems are we forging when me introduce and develop new monetary forms? if we don’t deal directly with this question, we’ll be turning in circles. 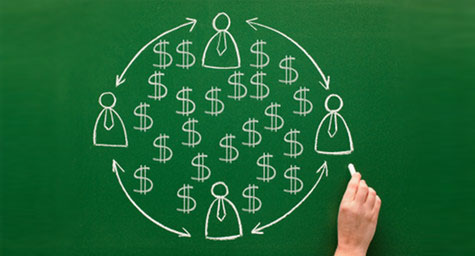 – Do you believe that social currencies are important tools for tackling inequalities and promoting economic inclusion?

First of all, let us remember that the hegemonic money in our days is designed in such a way that it will almost necessarily generate more inequality: just think about Piketty’s research, or how the Troika acted regarding Southern Europe, or how the IMF acts regarding developing countries. In the post-war period, consider how complex the economic and social had to become in order to reverse, or at least mitigate, this tendency towards inequality. And consider how quickly the very same system turned back to economic and political concentration once the Welfare State began to be imploded.

Now let’s bring up Bitcoin, for example. One of the founding ideas of this digital currency is that there will be a limited amount of it, to make sure there won’t be a tendency towards runaway emission, since it is a system that works supposedly without human intervention. The result is that those who already own Bitcoins will have less and less incentives to spend it, and those who mined them early on will always have an advantage over those who adopted Bitcoin at later stages, or who obtain them by actually buying Bitcoins on the online markets. This design doesn’t favor inclusion or equality at all, quite the reverse.

So when the chips are down, the point is that currencies aimed at economic inclusion must be thought in such a manner that they will upend certain mechanisms associated to the hegemonic forms of money: a preference for accumulation and speculation, for example, or the need to work ever harder, even though the increased productivity has ceased to bring greater welfare. This has been tried and tested in many ways, but as long as they are simply correctives to general purpose money, these efforts fall short.

So in my view the great challenge is to articulate the community of social and complementary currencies in such a way that it will be preferable, for all those who don’t directly benefit from the speculation and accumulation promoted by contemporary money, to adopt other monetary forms. And also, as it goes, to generate forms of money that can’t be taken over by the banking system, a.k.a. “Big Money” (such a lovely nickname).

– Can social currencies thrive under capitalism?

There is much that can be done with social currencies under capitalism, from easing the connection between small businesses to the enforcement of local economies. But of course, these are all limited in scope, as I said in the examples above, since capitalism itself will only interact with them as long as they can be seen as assets available for monetization from the hegemonic banking system.

If by thriving we mean surviving and having a certain role in the wider world, sure, social currencies can complement capitalism quite well. But if we have greater ambitions for social currencies, for example, opening doors for a more sustainable, fair and humane world, then we must think of social currencies as inventing new forms of organizing the economies of collective living, beyond the mere exploitation and competition of capitalism. In this sense, to thrive means to overcome capitalism and cannot be done under it, except in the sense of underground, sapping its foundations.

– What are the main challenges you see for the global spreading of social currencies?

Aside from the challenges I mentioned above, I’d also bring up, firstly, the continued tendency to view social currencies, or complementary currencies, as merely a local feature, a strategy to improve the living conditions of this or that group or region. I’d also mention the difficulties concerning communication and, more important still, technologies: not every group of people involved in monetary invention has the ability to use technologies that articulate social currencies globally. But once more, there would have to be the desire to do just that: spread social currencies globally, in the sense of being articulated, perhaps convertible among themselves. After all, there already are social currencies all over the globe. The only question is whether this is part of a wider project or not. I would like it to be, for certain.

– Spotlight is a global social currency that aims to use internet interactions to promote wealth redistribution. Do you believe the Internet and social networks have a critical role for the success of social currencies?

This is easy to ascertain: since the digital technologies of blockchains and others came about, the attendance to social currency conferences has grown at an accelerated pace. To this I could add that even the smallest and most limited social currency initiatives seem to have projects for becoming digital these days. Also, barter clubs or time banks, which used to be associated to neighborhoods and other small territories, can now function in much wider contexts. Cellphones can be used for microcredit and social networks dedicated to lending and donating have been created.

Once again, it is a question of who holds the knowledge, thus the power, and above all how many participants actually share the conception of what can be done with a social currency and what it is being generated for. This is why, for example, the fact I mentioned above, about so many small social currencies going digital, is neither good nor bad in itself. But it does express a certain awe and amazement with technologies that is certainly not desirable. Technologies should be envisaged as the opening of possibilities to act, not as panaceas.

In the digital realm, the destiny of social currencies is inseparable from the destiny of the commons. For now, the commons are losing the war, as the plutocracy takes up more and more power. Let’s see if we can rethink the strategies and turn this over.

Diego Viana is a researcher at Diversitas (FFLCH-USP) and Iconomia (ECA-USP) Laboratories. PhD candidate at FFLCH-USP, Master in Philosophy (Nanterre) and economist (FEA-USP). Also a regular contributor for the press, most notably Valor Econômico and Página 22, in Brazil.

The Future of Fossil Fuels