Shyla Nelson of One Earth. One Voice. Brings Her “Singing Revolution for the Planet” to SIGEF 2015

The second edition of the Social Innovation and Global Ethics Forum will feature, internationally acclaimed operatic soprano and founder of the One Earth. One Voice. Campaign, Shyla Nelson.

New York, October 22, 2015 — The organizers of the second edition of the Social Innovation and Global Ethics Forum (SIGEF), Horyou the social network for social good, and the Horyou Foundation, will be welcoming a prominent lineup of speakers and NGOs including Shyla Nelson, founder of the One Earth. One Voice. Campaign.
At SIGEF 2015, Nelson is scheduled to participate as a panelist during the Science – COP21 session which will take place on Saturday Oct. 24th. The following day, on Oct. 25th, she will inspire attendees, participants and viewers with a special keynote presentation where she will debut the campaign’s newest song for the climate. Conference attendees will become the lead voices of a massive global choir being created to sing a song to world leaders as they convene for the UN Climate Talks in Paris in December. Through their partnership with leading music app company Smule, the One Earth. One Voce. Campaign expects to rally millions of voices worldwide.

Technology makes so much possible, and music moves the world. With nothing less than the planet’s future at stake, we believe the power of song can move us forward, and all voices are needed at this critical time.
Shyla Nelson, One Earth. One Voice 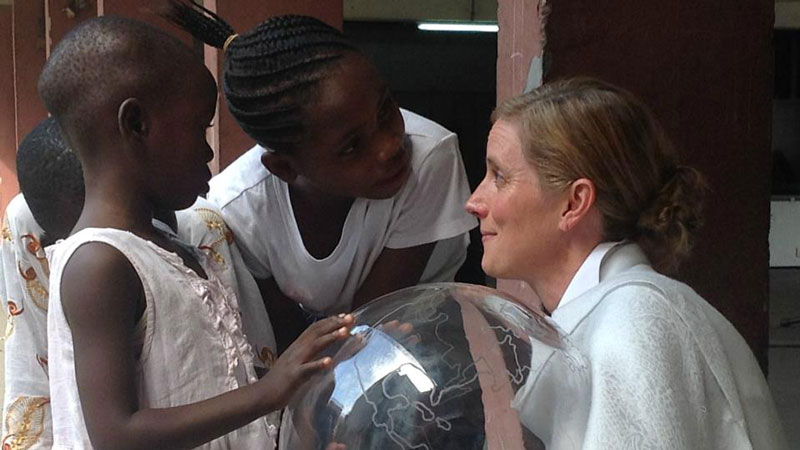 One Earth. One Voice. is an international campaign in over 75 countries raising environmental awareness through the power of song, social media, and mobile technology. The campaign has reached over 400 million people globally and has been endorsed/supported by Archbishop Desmond Tutu, Chief Oren Lyons, the late Pete Seeger, Sir Richard Branson, US Senator Bernie Sanders, and environmentalist Bill McKibben.

“It’s a grassroots movement which touched hearts around the world,” says Nelson. “When we started in 2009, we had no idea it would reach so many people. But the simple idea of singing for Earth’s healing seems to have a universal appeal. It gives people an action to take – something to do to begin to respond to our planetary crisis. We are thrilled to be joining forces with the Horyou and SIGEF community, as their vision for a renewed, healed world is exactly what we’re singing for.”

Honoring past examples of the power of song changing the course of history, Nelson believes that song is a primary catalyst in healing humanity’s relationship with the Earth. The campaign kicked off 2015 with a special event on Earth Day, April 22nd and will follow with a visit to the UN Climate Talks in Paris later in the year.

“Horyou is pleased to have Shyla as one of our personalities utilizing their passion to connect-for-good, Yonathan Parienti, founder and CEO of Horyou mentions. Not only is Shyla a talented individual but she is also humane, using these qualities to change the world through music. We are delighted to have Shyla represent One Earth. One Voice by bringing her ‘Singing Revolution for the Planet’ to SIGEF 2015.”

About One Earth. One Voice. is an international campaign in over 75 countries worldwide raising environmental awareness through the power of song, social media, and mobile technology.www.oneearth-onevoice.org