The founder of Hip Hop Saves Lives, Chad Harper is announced as one of the keynote speakers at SIGEF 2015. The Forum will take place Oct. 23 – 25 at the Bâtiment des Forces Motrices in Geneva, Switzerland.

New York, October 19, 2015 — The organizers of the second edition of the Social Innovation and Global Ethics Forum (SIGEF), Horyou, the social network for Social Good, and the Horyou Foundation, will be welcoming a prominent lineup of speakers and NGOs including musical educator and social innovator Chad Harper – founder and CEO of Hip Hop Saves Lives.
Hip Hop Saves Lives (HHSL) is a non-profit organization that is designed to reinstate the original purpose of Hip-Hop. HHSL teaches humanity through Hip-Hop at New York City schools, at homeless teen shelters, incarcerated youth centers, teens on probation and at schools in Haiti. HHSL has taught workshops around the globe in India, Liberia, Ghana, Brazil, Palestine, Jamaica, Switzerland, St. Lucia, Bermuda and Hawaii as well.

Chad was the recipient of the Music for Empowerment award at SIGEF 2014. He is scheduled to speak on Sunday, Oct. 25 at SIGEF 2015 during the “Youth for Social Change” plenary session, bringing insight to this worldwide movement while proposing ideas and solutions for positive reform. He will shed light on the growing number of young people that are stepping up as true global citizens and taking action for social change.

They have assembled some of the world’s most inspiring people. The collective brainstorm that is about to happen will transform the world. I am beyond excited to see what will emerge!
Chad Harper, Hip Hop Saves Lives 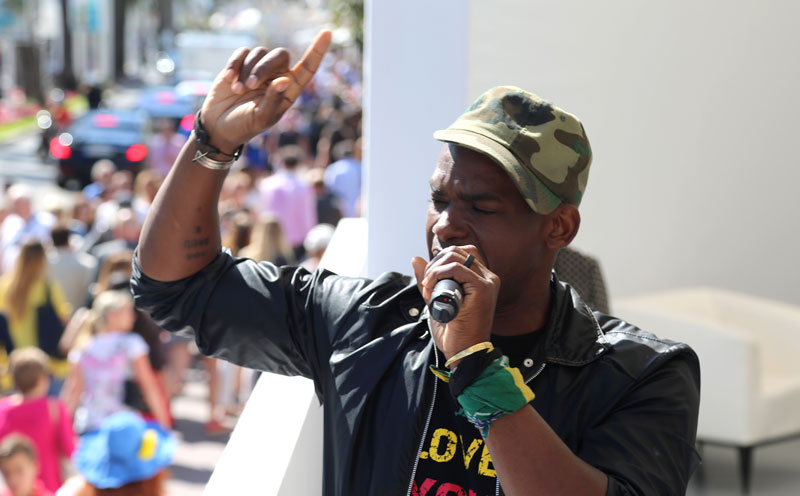 Horyou, the Social Network for Social Good, continues to work on connecting its users globally both online and offline. “We are honored to have Chad Harper himself and the Hip Hop Saves Lives organization on the Horyou platform and at SIGEF 2015. It is a pleasure having him as a part of our Horyou family. He spreads positivity and sets a wonderful example in the Hip-Hop community and beyond.” – Founder and CEO of Horyou, Yonathan Parienti
About SIGEF