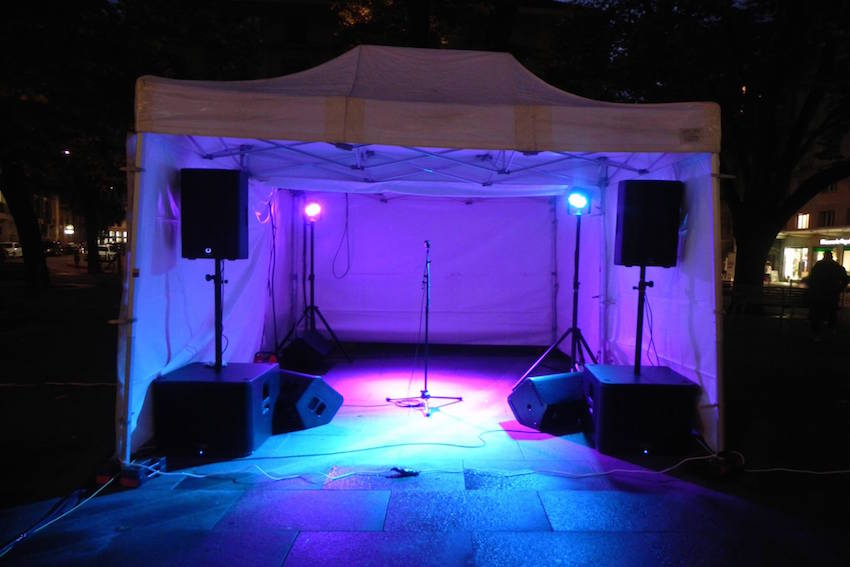 Organizing a forum usually means a chain of plenaries, workshops, master classes and so on. Therefore, it’s mandatory to set moments for participants to have an occasion to exchange in another dynamic – a more human one, let’s say.

In that perspective and in the line of its goal, the Horyou Foundation hosted an event in one of the more active area of Geneva: the Paquis’ Place de la Navigation. This extension of SIGEF spirit aimed to combine local and non-local to create a unique moment of sharing with free food and music. The music collaboration was made with world Wide connects, an international NGO based in Geneva that produces hip-hop-related music in a independent way. The food was provided by the local restaurants, with some of their cultural specialities, and by the Horyou Foundation, with a great load of raclette. Raclette is one of the national plates in Switzerland: melted mountain cheese on boiled potatoes. Try it whenever you can!

Speakers, neighbors of the area and members of NGOs both old and young mixed in a very warm and positive atmosphere.

On the second night, the stage had a more structured program. First there was some spoken word accompagnied by a piano. Then the members of Danseurs Citoyens from Tunisia presented their vision of freedom of speech – quite conceptual and voluntary show. Half an hour later, the NGO Poussière d’Etoiles showcased its zumba performance, galvanizing the audience with this as a popular and physical dance. A lot of people felt free enough to join the show! The conceptual striked again right after with a performance of butoh, a theatrical dance created in Japan in the ’50s. The audience joined in again (including the author). Finally, the international jazz/hip-hop band Cauliflower took the floor until the end of the amazing show.

Jun 16, 2017
The social entrepreneur Ilaina Rabbat co-founded Amani Institute with the wish to address one of the biggest challenges of our times: education for social...