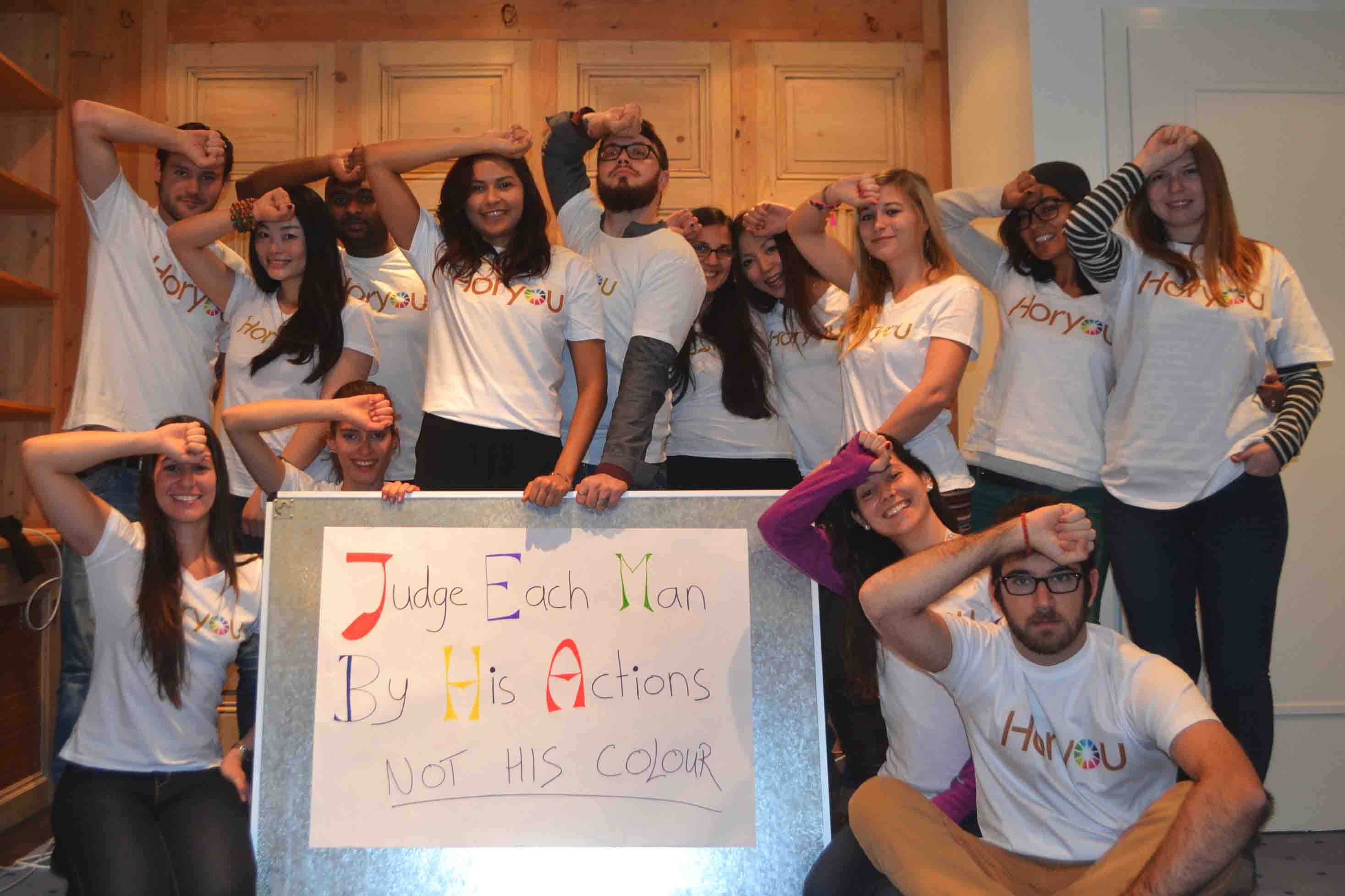 NegusWorld’s J.E.M.B.H.A. is an acronym for Judge Each Man By His Actions (not his color). Here, “Man” stands for “Humanity.” This campaign was launched April 12th, 2009, and inspired by a picture taken by professional photographer and activist Jane Feldman. New York was the first city to re-create the original photo with the goal to let the world now that actions always speak louder than colors.

It was an open invitation to every other state and country that felt the same way to do the same. Five years later, J.E.M.B.H.A. was replicated in all corners of the globe and continues to grow every year. (Source)

From Haiti to Denmark, Japan to New York, groups of people from all over the world have been sending in photographs of themselves with the words: Judge Each Man By His Actions and not his color. Now Switzerland is finally in the mix.

On Nov. 25th, the Geneva Horyou team participated in taking a J.E.M.B.H.A. photograph (with a warm incentive). A few of us quietly sat down, put our arts-and-crafts skills to test and made a J.E.M.B.H.A. poster. For the most part, photographs had been taken outdoors and some had spray painted J.E.M.B.H.A. on walls. We decided to do it indoors in the Geneva office itself. We all put on our Horyou t-shirts, turned on the camera’s self-timer, posed with our fists held up to our foreheads and voila!

The fist on the forehead represents solidarity and is a symbol of us all wearing our “crown.”

Aug 4, 2014
Many have been asking us how Horyou is different from the other social networks. Fair enough. With multitudes of flourishing social networks out there,...