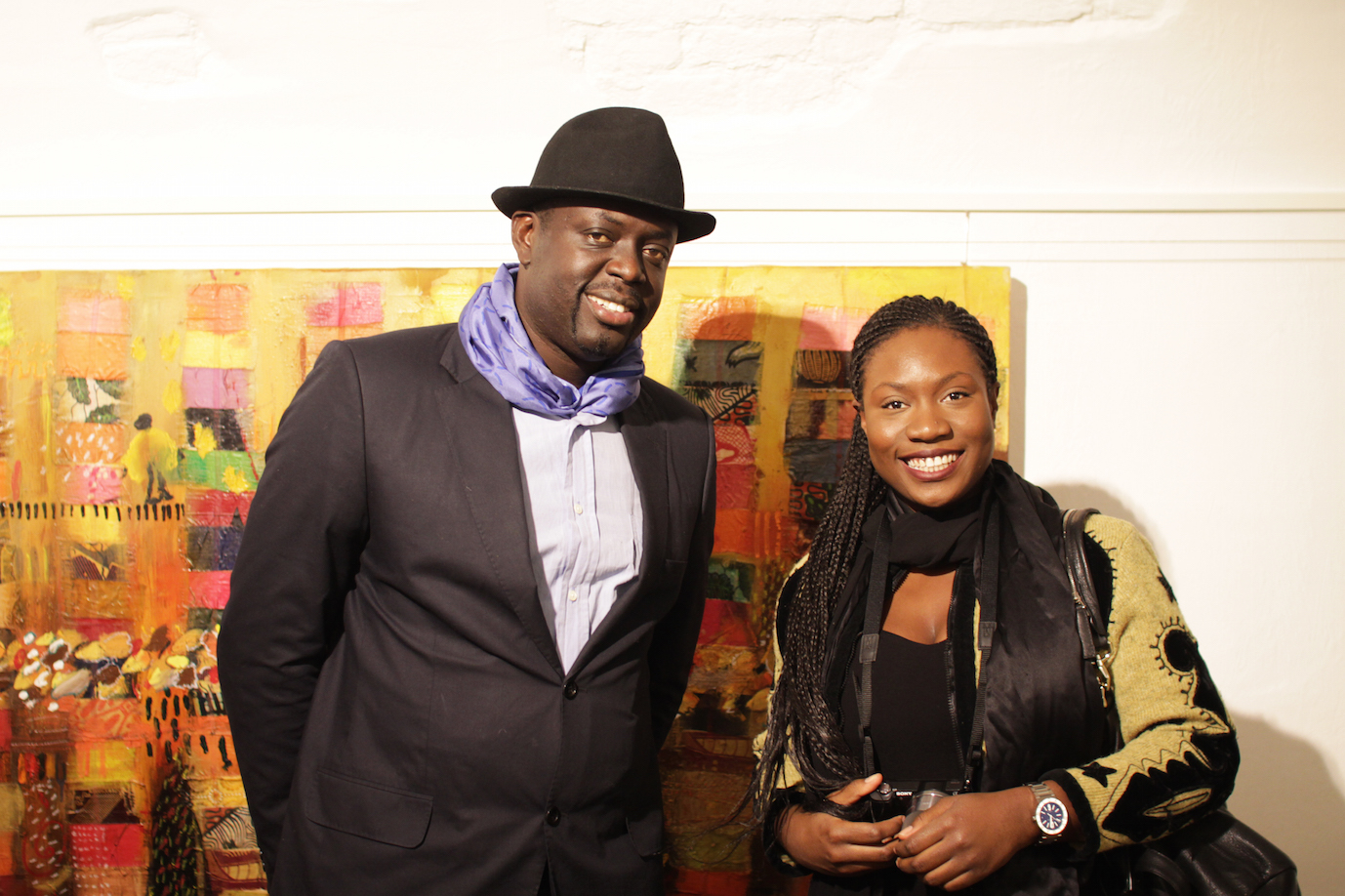 The Horyou Foundation, along with Classiques Alternances and Fenêtre sur Cadre, organized the exhibition opening of Senegalese painter and sculptor Momar Seck. The opening was held Dec. 4 at the Fenetre sur Cadre gallery in Carouge, Geneva. It marked the 10-year anniversary of the UNESCO Prize for the Promotion of the Arts. Following this anniversary, the artist showcased 10 pieces of his newest work, which included nine paintings and one sculpture. The artwork showed an array of bright earthy colors and included fabrics from all over the globe, representing themes of multiculturalism, animals and more.

The Horyou Geneva team, along with Karin Nolte from Classiques Alternances, were in attendance during the opening, as well as many other people from the local area. We were glad to have the mayor of Carouge attending the event as well as photographer Alain Dubouloz. One of the founders of the young Ours magazine also made an appearance at the opening.

Nolte gave a wonderful speech thanking everyone in attendance, which was followed by some traditional Senegalese music played by one of the guests. People mingled here and there as they appreciated the artwork. Pictures were taken left and right as many wanted to pose with the Senegalese artist in front of his work. After a few hours the gallery was slowly starting to empty itself out as people left the warmth of the opening to head home.

World Economic Forum: Addressing Risks and Finding Solutions for the World in 2016

Jan 22, 2016
The 46th World Economic Forum kicks off at altitude in Davos this week. With only the most powerful on stage and the rest of...