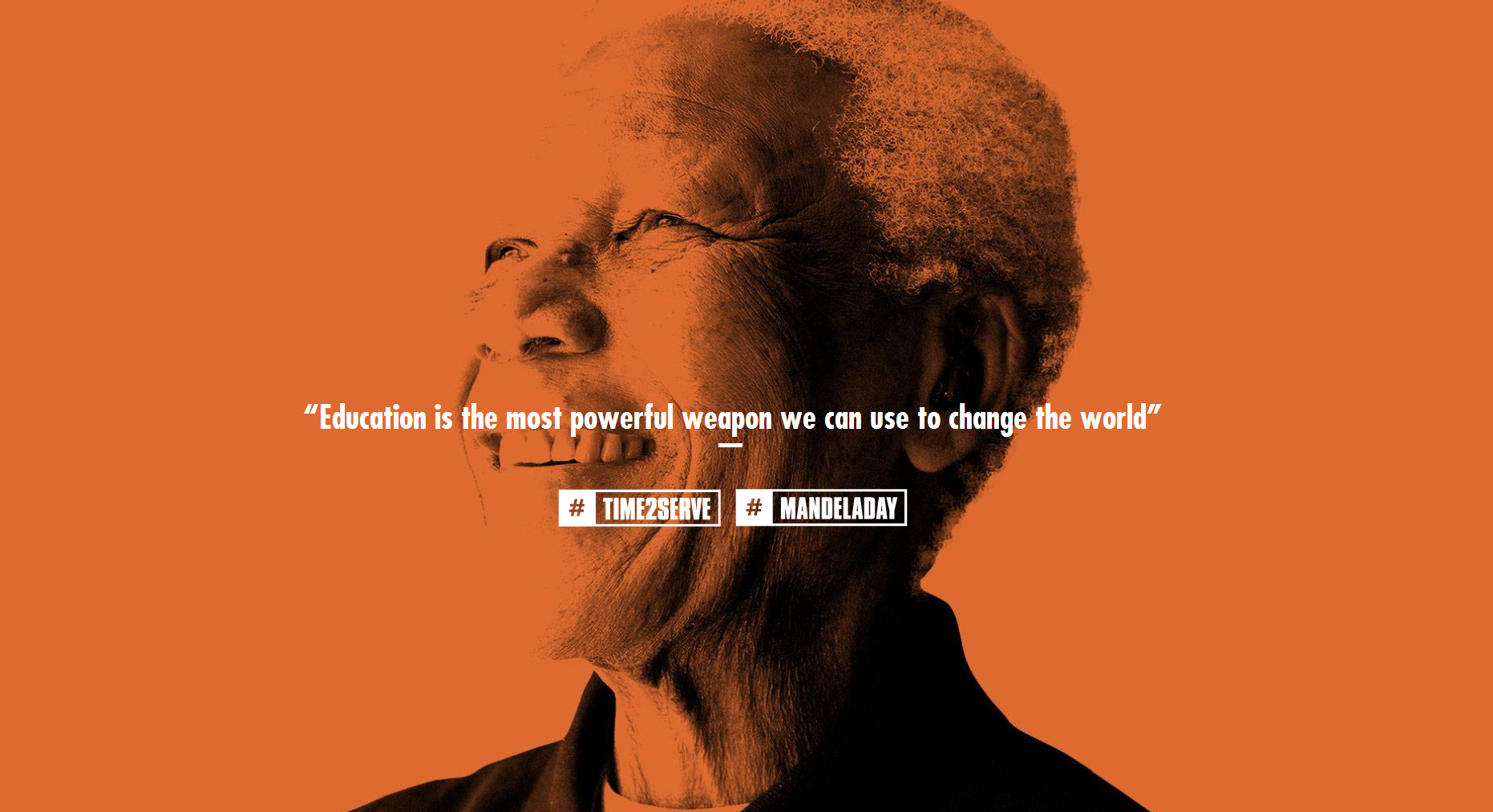 Mandela Day – created, of course, to honor the late Nelson Mandela – will take place on July 18th. Although Mandela truly needs no introduction, he was the president of South Africa from 1994-99, an anti-apartheid revolutionary and philanthropist. Mandela also served as the president of the African National Congress and the Non-Aligned Movement in the ’90s.

Despite Mandela’s immense list of personal achievements and accomplishments that changed mankind for the good, his day was inaugurated to celebrate the beautiful philosophy with which Mandela lived each and every day. Mr. Mandela is said to have followed three distinct rules throughout his life: free yourself, free others and serve every day. These rules are implicit in the legacy he left in the wake of his death this year and in the very fabric of what Nelson Mandela Day hopes to inspire in you and me.

“… to inspire individuals to take action to help change the world for the better, and in doing so, to build a global movement for good. Ultimately it seeks to empower communities everywhere.” mandeladay.com

Every one of us has the ability, as well as the responsibility, to enact positive change every day. Every one of us, too, is able to participate in the day by contributing to Mandela’s legacy in service of one’s fellow human. Let’s further the inspiring concept behind Mandela Day, as the tagline of Mandela Day states: “Take Action. Inspire Change. Make every day a Mandela Day.” At Horyou we make every day a Mandela Day by connecting Members, Personalities and Organizations who all strive for social good. Mandela enacted such positive change in the world – with your Dreams, Inspiration and Actions, we can do that as well.

Mar 9, 2015
Science x Kickstarter Hackathon was held Feb. 28 and March 1 at the New York University’s Tisch School of the Arts. The weekend was...