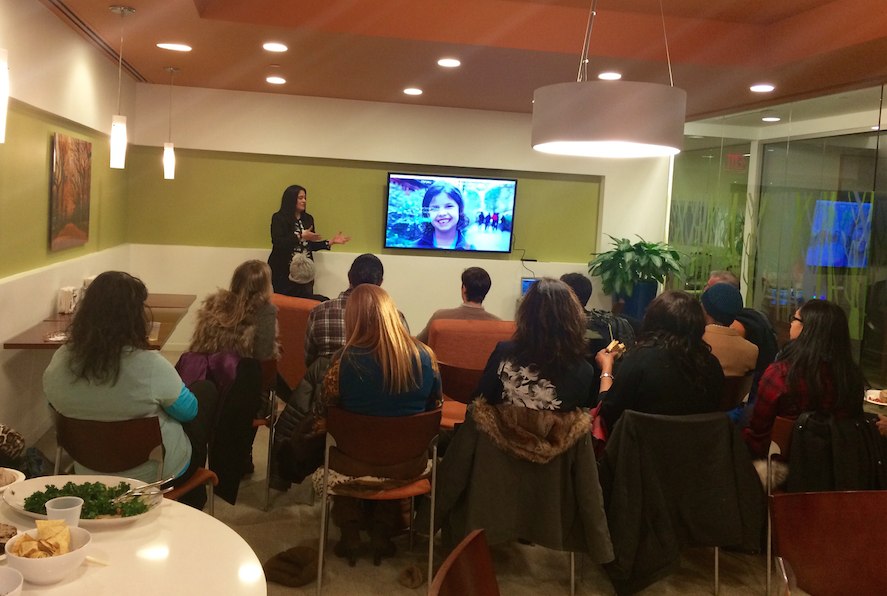 The Horyou team in New York held a screening Wednesday showcasing three of HoryouTV-produced documentaries. This was the first official event held by the New York team and it was very successful. The featured documentaries were Green Bronx Machine, ASCOVIME and Hip Hop Saves Lives.

Chad Harper, founder and CEO of Hip Hop Saves Lives, along with Johwell St-Cilien Vision, co-founder of Negus World, were also in attendance. They discussed the future of their organizations and how they have begun to work together at schools in the Bronx. In the coming months, Hip Hop Saves Lives and Negus World will have its own red carpet event for the students that participated in the program. Here is where students will get the opportunity to see what their classmates have created, both lyrically and on screen. You can watch the Hip Hop Saves Lives documentary here!

These are just three of the phenomenal organizations featured at the screening. Horyou New York looks forward to the next one on March 25!

Giving a Voice to Social Good: The Horyou Village Interviews

Jun 8, 2015
Written by Amma Aburam In the gardens of Le Grand Hotel, Horyou Village brought arts, culture and diversity to the forefront of the Cannes Film...