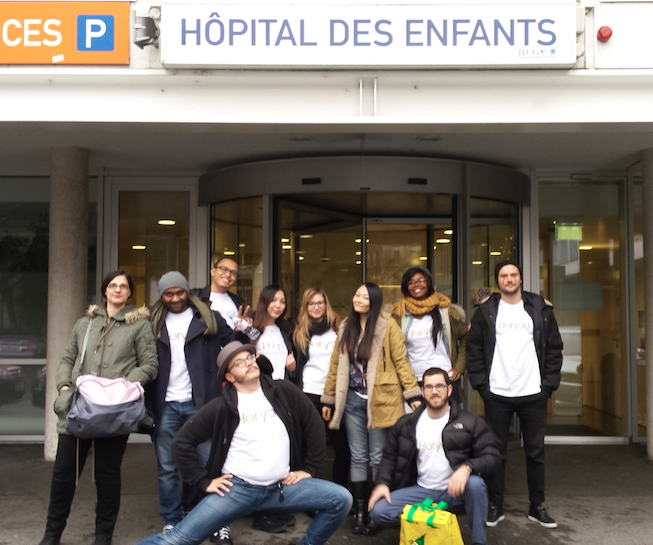 On Feb. 27, the Horyou Geneva team spent an afternoon at the local children’s hospital. The afternoon was spent entertaining the kids through various activities such as face painting, storytelling and origami. This was Horyou’s second time helping out at the hospital, and similar to the first time, we split up into groups and headed to the different waiting rooms.

On the ground floor, Anna and Alejandra were in charge of face painting. As expected, the kids were very shy at first, so Alejandra decided to get flowers painted on her face. As soon as she was finished, the kids were impressed and started to line up for their turn. Anna painted an array of tigers, butterflies, flowers and cats on the children’s faces. They were all very happy and left with big smiles. One boy was so excited that every time he looked at himself in the mirror, he started giggling. 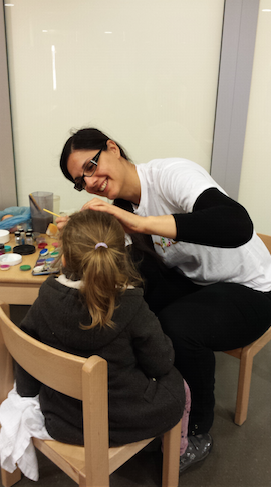 The rest of the Horyou Geneva girls were spread out on the first floor of the hospital. Amma and Laurie were in charge of the arts and crafts. Using cardboard, colored pencils and other arts-and-crafts materials, they made animals and crowns for the kids. These children, including the parents, were all very happy with the results. The origami team consisted of Mariko and Rui. The most popular origami among the kids was the crane and the hat. Mariko taught some of the parents so that they could make them at home.

Inigo, Matthew and Lucas entertained the children in the waiting room on the second floor of the hospital. They started off by playing board games they had brought. The kids were again very shy and did not talk much, but as soon as the games got going and they started winning, they began smiling and really enjoying themselves. Once the board games were over, Lucas teamed up with a little girl and played a game of foosball against Inigo and Matthew. The little girl raised her arms in celebration as she and Lucas won the game.

Storytellers Mamy and Vincent spent time going from room to room reading stories to the children. To Mamy’s surprise, one of the books had a song in it, so he took a deep breath and started singing. This not only entertained to kids but Vincent as well. They left the rooms leaving behind smiles on the kids faces.

All in all, it was a very heartwarming experience and is definitely something the Geneva team will be doing again.

Aug 8, 2017
One of the youngest and fastest-growing capitals in the world, Astana, in Kazakhstan, impresses by its landscapes, as well as its warmhearted people and...