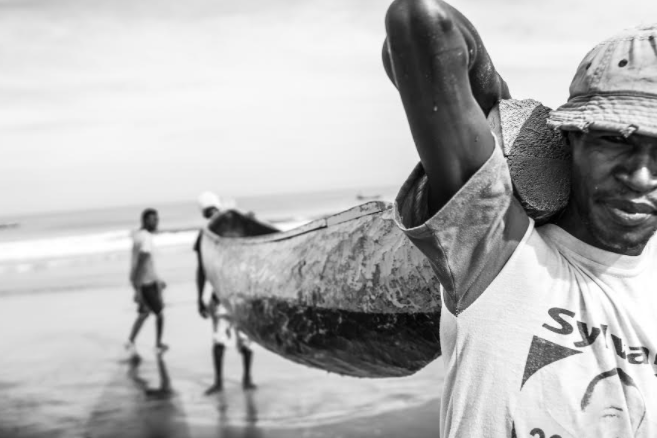 Malagasy photographer François Maurel is a world-traveling photojournalist. His work and career have become a humanitarian force for aiding underprivileged populations from around the world. Maurel’s photo projects have taken him to Africa, South America, Asia and more. Horyou spoke to him about his great initiatives, from the PERLE charity association to Studio Maurel and finally the 15 years photo project that will take him across the world capturing everyday lives. Unlike most of the world, Maurel has chosen to lead a life without technology and is adamant about it.

How did you start taking photos?

I was surrounded by a photographic culture. My brother, who is 30 years my elder, was a photographer for 10 years and I think he had a direct influence on me. The big turning point for me was in 2007 when I had a stroke. I was in perfectly good health when it happened. I got out of it disoriented, wondering what I was going to do next. And then I started taking photos in the music world (concerts, events, etc.) and that’s where it all began. Today everything has taken on a new life: I’m working on a photo project called “Ombres et Lumieres” (“Shadows and Lights”) spanning on 15 years that started in India with photo reporting on the nomadic peoples there. The goal is to work on “outcasts,” the relations between the Northern and Southern hemispheres, and the effect of globalization on a grand scale.

You eventually created Studio Maurel. What was the purpose behind that?

The idea was that I wanted to live off my work as a photographer; however, that is difficult as a photojournalist. The studio work is specialized for events photography, and that allows us to finance projects and travel. It’s more of a corporate aspect of what I do. People in photography say it’s an embarrassment to work in wedding photography, for example, but it is part of the art and helps toward bigger ideas and projects. Also we bring photojournalism into the weddings we cover, which is a touch of originality. I also travel with my wife to work on the grounds, so we both rely on the support of the Studio Maurel project. Of course, if I had to choose, I would be doing photojournalism 100%.

You also do associative work through your project PERLE. What exactly is that about?

I actually created this association in 2005 before starting photography. What we do is help build a structure for associations in different places, to grant help logistically and help with microprojects. For example, we took medical materials to Benin, helped in places in Ghana, Ivory Coast and more. Today we try to generate financial support for projects for associations, such as building farms in different countries. What we also do is, when we are taking photos, we go the extra mile and help in other aspects, we find out about the people we photograph, help them where needed and more.

You have always been a photojournalist. What are some of your most fond memories of your career?

Beyond the actual photos lies an adventure – adventure in the discomfort of being in foreign places, in eliminating prejudice because photography breaks down walls, it allows the immortalisation of moments. Everything I do is often through feeling and instinct. Moments I remember the most would be one time in Brazil where we tried to work with outcasts who ended up being drug traffickers, and the police were heavily involved with them. We got mugged over there. Sometimes these are the downsides of working in these conditions. Another experience was in Madagascar, where we took a boat out to sea and ended up there for nine hours because it broke down and we were stranded. It was really a near-death experience. What’s the positive in all this? Well, we are still alive today! It’s magical – we return from such experiences and everything is just fine.

You are on Horyou, the Social Network for Social Good. What does to Dream, Act and Inspire mean to you?

These three words are simply essential to my personal convictions. You have to go to the ends of your dreams. Inspiration is the fuel of creation, and to act is materializing that creativity. Horyou grants an interesting visibility; it’s dynamic and allows you to create connections. When I arrived on Horyou, I realized one of my photographic idols, Christian Holl, was on there and I got to connect with him. That man is a legend – he goes beyond photos, and he’s a true humanitarian.

A Look at the Earth from Space: NASA Raises Awareness about the SDGs

Giving a Voice to Social Good: The Horyou Village Interviews

Jun 8, 2015
Written by Amma Aburam In the gardens of Le Grand Hotel, Horyou Village brought arts, culture and diversity to the forefront of the Cannes Film...