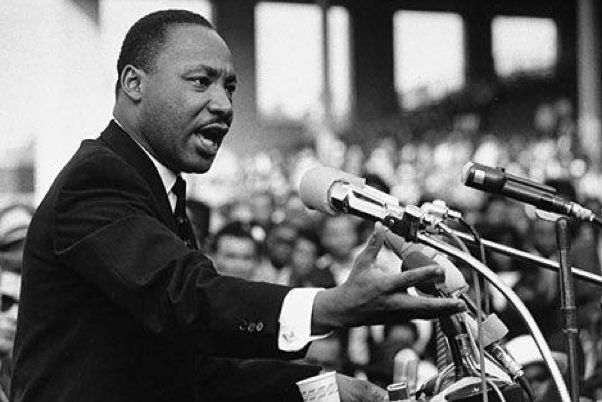 At Horyou, we believe in the ability to positively change our world through a humanistic approach to technology. This ability begins with a dream to inspire others to act in such a way that will produce beneficial outcomes. Bringing voices to light on a social platform creates an opportunity for our generation to communicate their passion to do good by using a different approach.

In honor of Black History Month, it is important that we remember the words of inspirational leaders advocating the potential to end racism and discrimination. Both Harriet Tubman and Martin Luther King Jr. rebelled against the evils of racism and discrimination based on the color of their skin. Their strong voices and ability to dream of a better future inspired others to act by taking a stand against ignorance.

“Every great dream begins with a dreamer. Always remember, you have within you the strength, the patience and the passion to reach for the stars to change the world.” — Harriet Tubman

Harriet Tubman was an American bondwoman who escaped from slavery in the South to become a leading abolitionist before the American Civil War. She led hundreds of enslaved African Americans to freedom along the route of the Underground Railroad, a collaboration of secret routes and safe houses heading to free territory. Her pure strength and selflessness led hundreds of slaves to freedom, which ultimately brought America one step closer to the abolishment of slavery.

“Our lives begin to end the day we become silent about things that matter.” — Martin Luther King Jr.

Martin Luther King Jr. was a leader of the civil rights movement in the 1960s as well as a symbol of hope for the U.S African American population. He used the influence of his voice to speak out against racism and discrimination to one day make his dream come alive. His dream was to see his children live in a nation where they would not be judged by the color of their skin but by who they were as human beings.

Following the leadership of Harriet Tubman and Martin Luther King Jr., we must always stand up for what we believe in and do whatever it takes to promote positive action in our world. Remember, it all starts with a dream.