Humanity is the basis of filmmaking. The craft tells the story of our passions, struggles and reactions to the world around us. The Cannes Film Festival is a glitzy and glamorous celebration, but at its core lies the art of capturing the human experience. Horyou Village sought to emphasize the positive aspects of humanity at the festival by presenting three guiding principles. 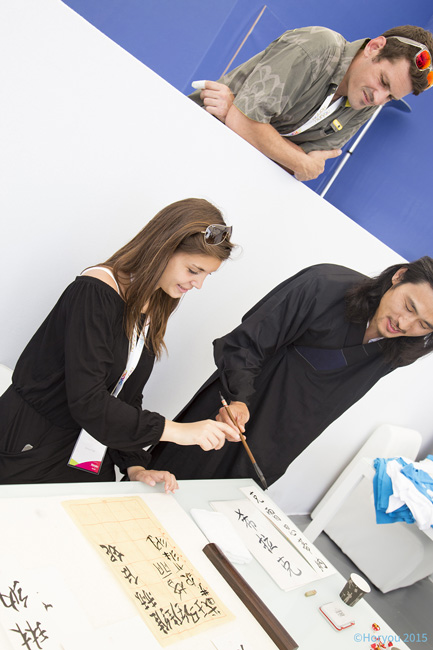 Social Good is a Universal Act

It is a simple truth that the majority of people worldwide should want to do good to better humanity. The Cannes Film Festival is a gathering of people endeavoring to make an impact through cinema, which plays a huge role in raising awareness and inspiring action. Horyou Village’s interview stage provided a global forum where promoters of positive change could deliver their messages about humanity’s struggles and their possible solutions. With screenings of films and documentaries from all over the world, the projection area at Horyou Village exemplified how cinema is a messenger for social good efforts and their impact around the world. During the Cannes Festival, some of the biggest charities gather to promote awareness and express their desire to change. Artists, personalities and influencers in all fields engage with charities and associations in support of bettering the human condition. In the midst of Cannes, the Horyou Foundation hosted its own successful gala event.

We Must Focus on the Positive

Media outlets have the tendency to present us with far more negative news than positive. It is important to create opportunities where positivity can be reported. Horyou’s message is that social good is transpiring all over the world. When people are aware of this, they can be inspired, connect with one another and hopefully work together. Horyou Village chose the Cannes Film Festival, cinema’s premiere event, to provide global visibility to the fact that there are tremendous efforts all over the world to achieve positive change.

Not only did Horyou invite non-profit organizations and personalities to promote their causes, it allowed promoters of social good all over Cannes to communicate how their work is represented in their fields.

Arts, Culture and Diversity are Essential to Our Progress

Horyou Village embraced all types of arts and cultures in a celebration of diversity. It was a fusion of people’s talents and dreams. Around 300,000 people visit the Cannes Film Festival every year from around the world, and Horyou Village was an retreat where they could share their experiences and create partnerships. It was a place to embrace our differences and build the future together to move humanity forward.

Horyou thanks all who attended, watched and supported Horyou Village at Cannes, and we can’t wait to see what amazing events transpire there in 2016.

IPCC (GIEC) REPORT on the Impacts, Adaptation and Vulnerability of CLIMATE CHANGE 2022

IPCC (GIEC) REPORT on the Impacts, Adaptation and Vulnerability of CLIMATE CHANGE 2022

Nov 13, 2022
Seize the Window of Opportunity! “The cumulative scientific evidence is unequivocal: Climate change is a threat to human well-being and planetary health. Any further delay in...

Jun 5, 2015
Horyou Village, an interactive exhibition highlighting the values of social good, was a central event at the Cannes Film Festival from May 13 to...